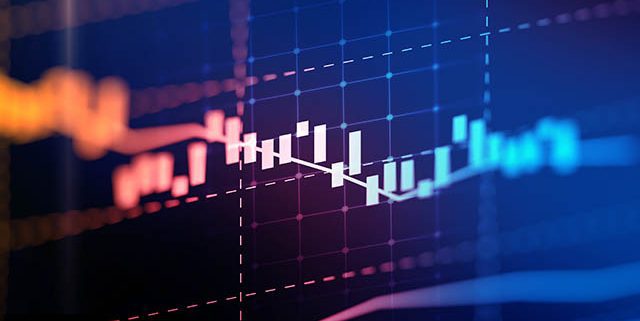 MILPITAS, Calif. — OCT. 28, 2021 — SonicWall, the publisher of the world’s most quoted ransomware threat intelligence, recorded a 148% increase in global ransomware attacks through the third quarter of 2021. With 495 million ransomware attacks logged by the company this year to date, 2021 will be the most costly and dangerous year on record.

This month, the current U.S. administration hosted a global ransomware summit to pledge ‘all national tools’ to stop cyberattacks on critical sectors. Leading governments, including the UK, India, Australia, Germany and France, as well as the European Union, attended. SonicWall’s latest research now confirms leaders have cause for concern.

“As we see it, ransomware is on a nearly unimaginable upward trend, which poses a major risk to businesses, service providers, governments and everyday citizens,” said SonicWall President and CEO Bill Conner. “The real-world damage caused by these attacks is beyond anecdotal at this point. It’s a serious national and global problem that has already taken a toll on businesses and governments everywhere. I’m hopeful that the recent global ransomware summit is the next step toward a greater response at global, national and state levels.”

Ransomware rise not slowing
2021 has been the most active year for ransomware on record — and is showing no sign of slowing. After posting a groundbreaking high in June (78.4 million), these malicious attacks continue to see aggressive growth in Q3. 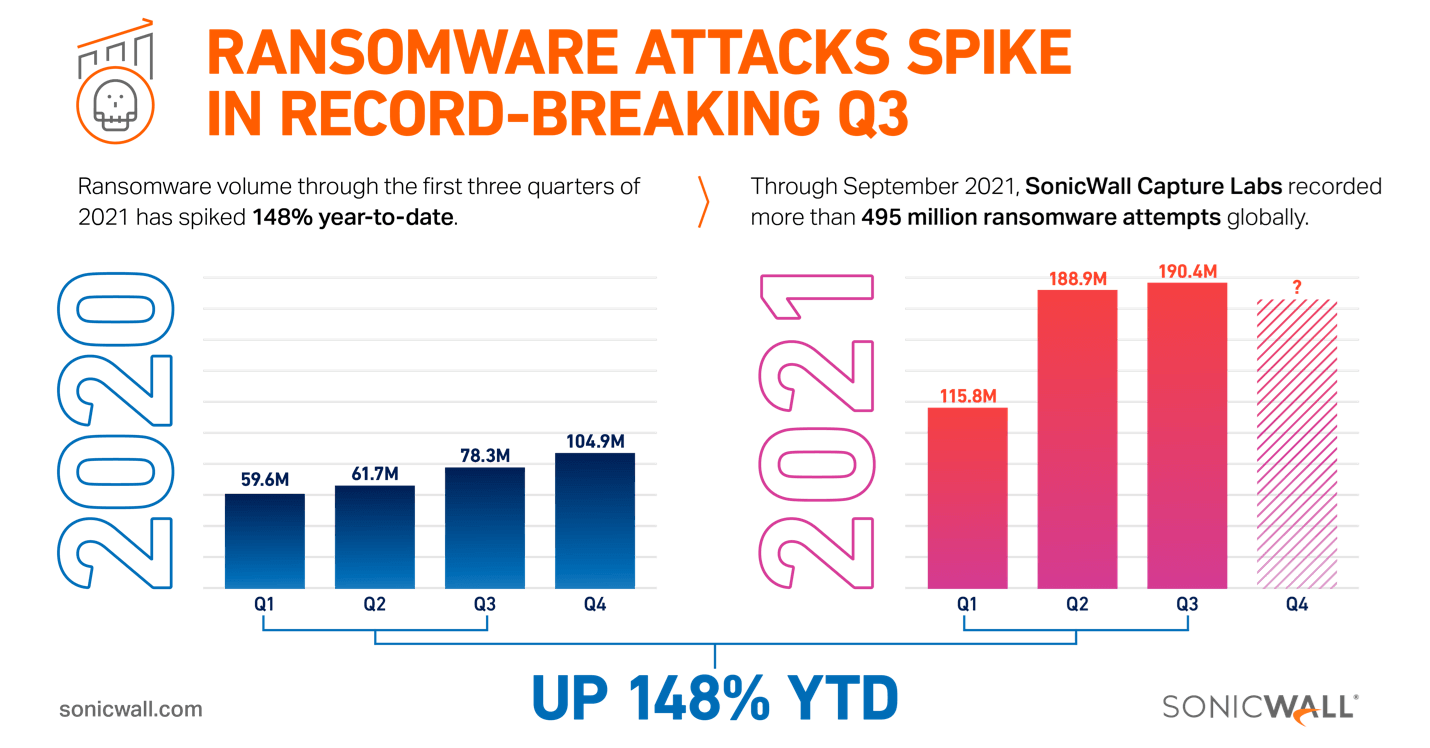 “While the world has been attempting to return to normal in a stop-and-go fashion, cybercriminals have never let up, driving ransomware campaigns to record numbers through the first three quarters of 2021,” said Conner. “These criminal organizations will continue to launch highly sophisticated cyberattacks that are designed to target organizations and business with weak or lax security controls.”

Despite movements to secure cyber infrastructures from respective national governments, the U.K. has seen a 233% surge in the number of ransomware attacks, and the U.S. has witnessed a 127% year-to-date increase.

“As long as organizations continue to overlook or fail to implement cybersecurity best practices to reduce their attack surface, ransomware groups will only increase investments in time, resources and money for launching campaigns that result in massive payouts,” said Ayrapetov.

Patented RTDMI technology finding more new variants than ever
SonicWall’s patented Real-Time Deep Memory Inspection™ (RTDMI) technology discovered 307,516 never-before-seen malware variants (+73%) during the first three quarters of 2021, with an average of 1,126 discoveries per day. If there is still a consistent number of attacks, alongside rapid diversification, nations will need to start addressing malignant cybercrime sooner rather than later.

Included as part of SonicWall’s cloud-based Capture Advanced Threat Protection (ATP) sandbox service, RTDMI™ leverages proprietary memory inspection and CPU instruction-tracking with machine-learning capabilities. This allows Capture ATP with RTDMI to become increasingly efficient at recognizing and mitigating cyberattacks never seen by anyone in the cybersecurity industry — including threats that do not exhibit any malicious behavior and hide their weaponry via encryption.

About SonicWall
SonicWall delivers Boundless Cybersecurity for the hyper-distributed era in a work reality where everyone is remote, mobile and unsecure. SonicWall safeguards organizations mobilizing for their new business normal with seamless protection that stops the most evasive cyberattacks across boundless exposure points and increasingly remote, mobile and cloud-enabled workforces. By knowing the unknown, providing real-time visibility and enabling breakthrough economics, SonicWall closes the cybersecurity business gap for enterprises, governments and SMBs worldwide. For more information, visit www.sonicwall.com or follow us on Twitter, LinkedIn, Facebook and Instagram.