This article lists some of the common mistakes done while creating port forwarding rules and troubleshooting steps that can be taken.

Firewall checks for the service and determines whether it is used by itself first on the WAN interface IP. Eg: HTTP/HTTPS management (TCP 80 and 443 respectively), SSH management (TCP 22), IKE (UDP 500), SSLVPN (TCP 4433). If not, the following series of events take place:

NOTE: Usually the X1 IP on the firewall is a public IP and is directly accessible from the internet. Taking a private IP as an example.

Please take a look at How Can I Enable Port Forwarding And Allow Access To A Server Through The SonicWall? for the necessary steps needed for port forwarding.

TIP: Always test the port forwarding internally using the internal IP first. If that does not work, it will not work from outside the network as well.

With all the above taken care of, there might be still situations where the port forwarding is failing. The best way to troubleshoot port forwarding will be doing a packet capture. For more details on Packet monitor tool, please check How Can I Setup And Utilize The Packet Monitor Feature For Troubleshooting?

Always use the following method for packet capture as it would show the translated packets and makes it easier to find the root cause. Use the source IP field with the source IP you are testing from. This shows you the translated destination and service after the firewall performs the NAT. 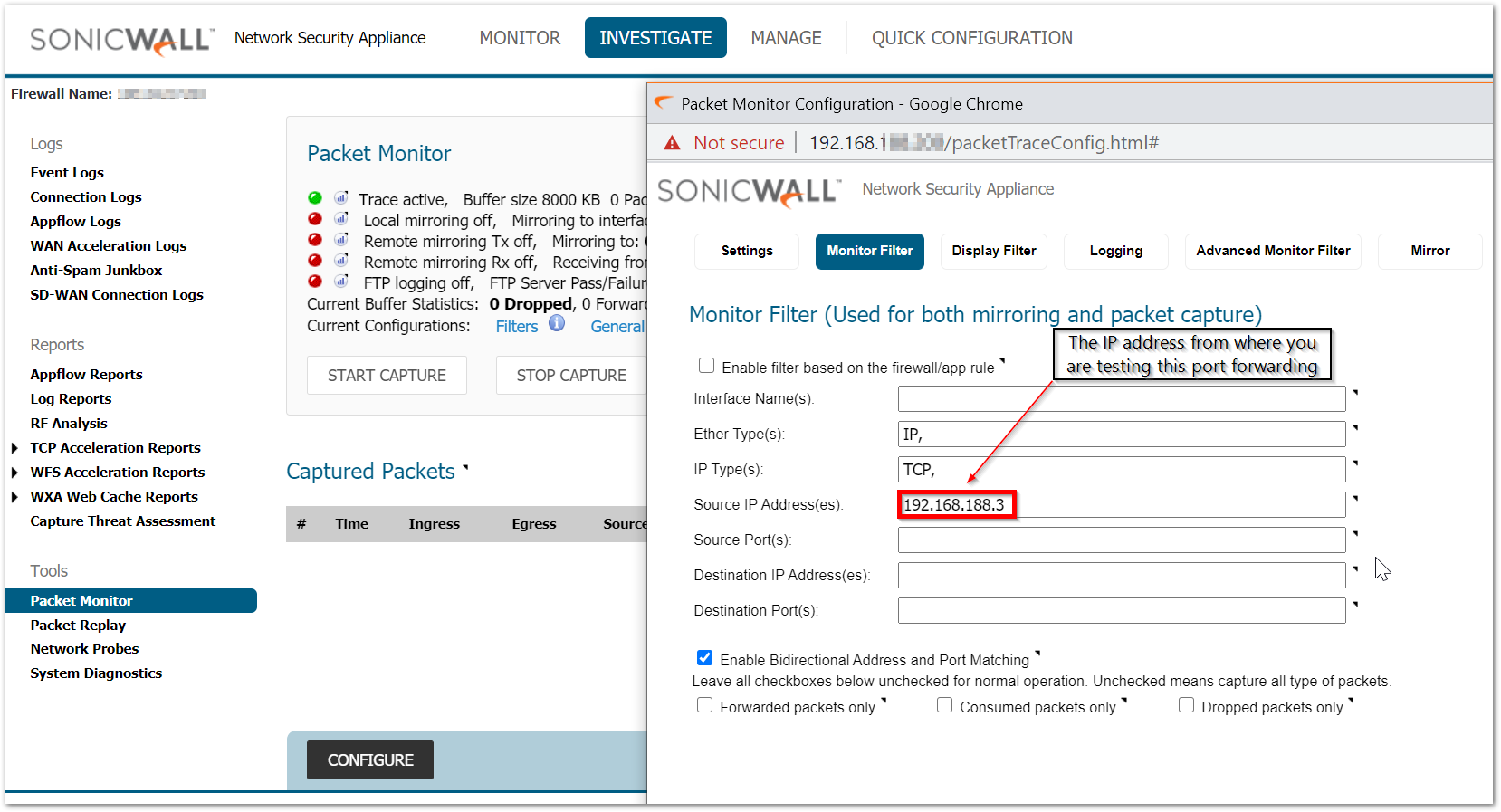 Here are few scenarios listed along with their troubleshooting steps: