Distance Vector protocols such as RIP base routing metrics exclusively on hop counts, while Link state protocols such as OSPF consider the state of the link when determining metrics. For example, OSPF determines interface metrics by dividing its reference bandwidth (100mbits by default) by the interface speed – the faster the link, the lower the cost and the more preferable the path. Consider the example network shown in Example network for determining lowest cost route: 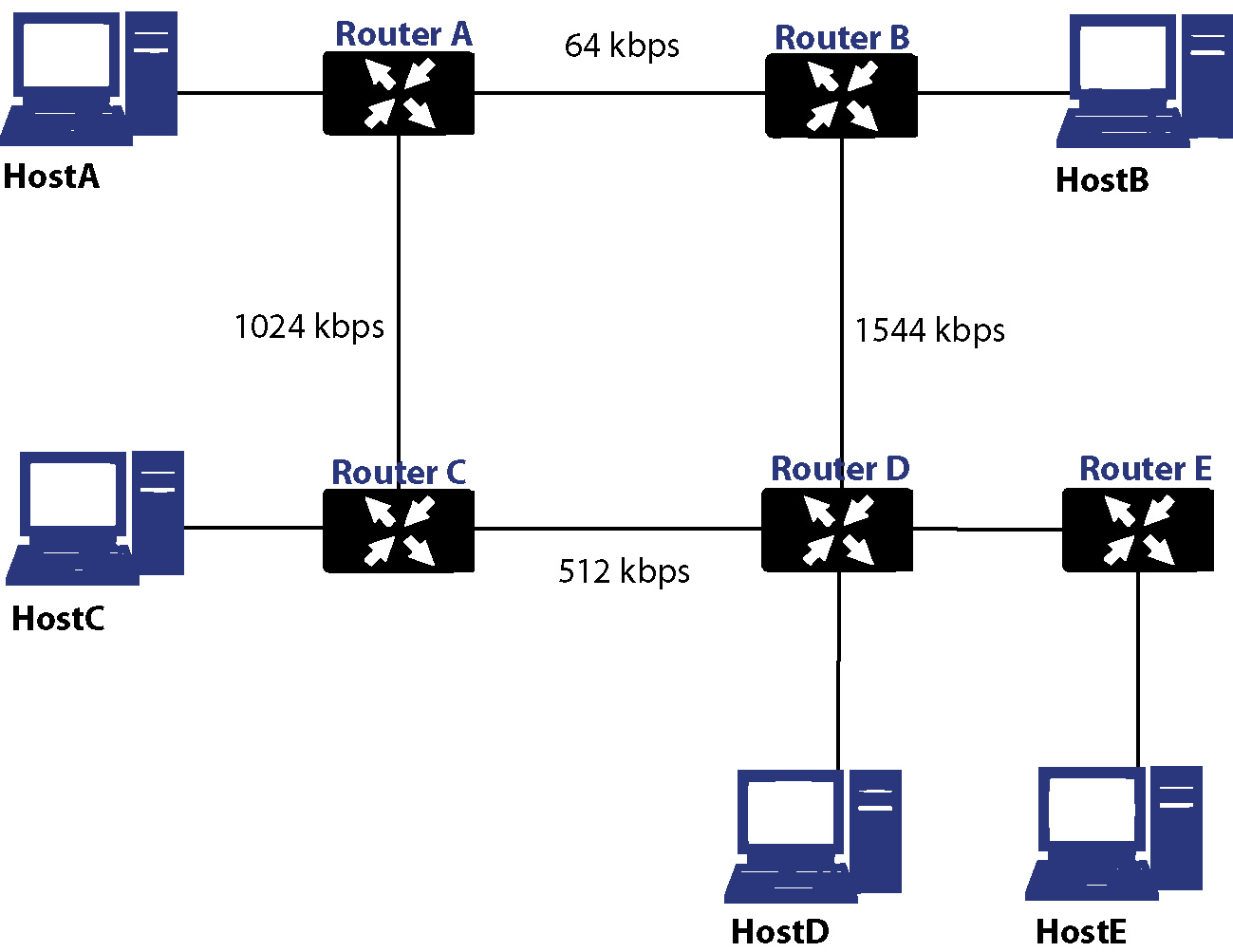 Help us to improve our support portal