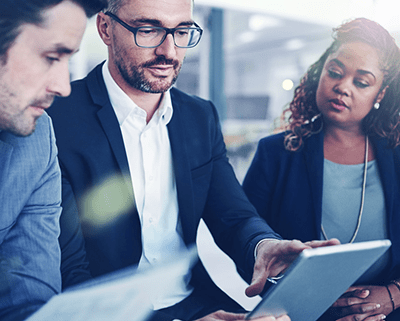 While attacks may be trending down currently, the reality is the number of attacks is still very high and more nefarious than ever, even evading traditional sandbox technology. The SonicWall Capture Threat Network has recorded an increase in targeted geographic attacks beyond the United States to include the United Kingdom and Germany. SonicWall Capture Labs threat researchers are also analyzing new and growing attack vectors, such as side-channel attacks and evasion.

“When we observe how ransomware spreads, we also identify that ransomware tactics have changed,” said SonicWall President and CEO Bill Conner. “Historically, the goal for most malware authors was quantity of infections and now we’re seeing attackers focus on fewer higher-value targets where they can spread laterally. This shift in tactics has also seen a corresponding rise in the ransom demands, as attackers attempt to make more money from fewer, but higher value, targets like local municipalities and hospitals.”

Phishing attacks are following suit with ransomware and malware, and are also trending down globally with a year-to-date decrease of 32%, a number that has held steady for most of the year. Similar to ransomware, the attacks are being more targeted towards c-suite executives, HR personnel and IT leaders.

While an average of 14% of malware came across non-standard ports through three quarters,  attacks across the vector have grown in both the second (20%) and third quarters (17%). SonicWall’s non-standard port data is based on a sample size of more than 275 million malware attacks recorded worldwide through September 2019.

“What the data shows is that cybercriminals are becoming more nuanced, more targeted and savvier in their attacks. Businesses need to align to create stricter security rules within their organizations to reduce the threats that our researchers are identifying,” said Conner. “We recommend that companies deploy a unified and layered security approach that provides real-time protection across all networks so that they don’t find themselves front page news for a data breach.”

SonicWall Capture Labs threat researchers gather, analyze and vet cross-vector threat information from the SonicWall Capture Threat network, consisting of global devices and resources, including more than 1 million security sensors in nearly 215 countries and territories. SonicWall Capture Labs, which pioneered the use of artificial intelligence for threat research and protection over a decade ago, performs rigorous testing and evaluation on this data, establishes reputation scores for email senders and content, and identifies new threats in real-time.

SonicWall has been fighting the cybercriminal industry for over 28 years defending small and medium businesses, enterprises and government agencies worldwide. Backed by research from SonicWall Capture Labs, our award-winning, real-time breach detection and prevention solutions secure more than a million networks, and their emails, applications and data, in over 215 countries and territories. These organizations run more effectively and fear less about security. For more information, visit www.sonicwall.com or follow us on Twitter, LinkedIn, Facebook and Instagram.