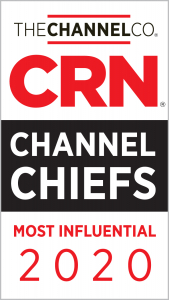 Top Most Influential Channel Chief:
HoJin Kim: Vice President, Worldwide Channel Sales HoJim Kim is among those listed in The 50 Most Influential Channel Chiefs were chosen by the CRN editorial staff as the individuals who stand at the very top of the already select group of Channel Chief honorees. These top executives have cultivated the greatest professional and channel achievements, and their leadership will greatly impact the future IT community, driving growth and innovation.

David Bankemper: SonicWall Vice President Channel Sales, North America David Bankemper was named to CRN’s prestigious 2020 Channel Chiefs list that honors the distinguished leaders who have most influenced the IT channel with cutting-edge strategies and partnerships. The 2020 Channel Chiefs have shown outstanding commitment, an ability to lead, and a passion for progress within the channel through their partner programs.