As cybercrime continues evolving, we need as much intel as possible. SonicWall is on the front-lines watching every threat and cyberattack. Capture Labs threat researchers collect first-hand data from more than a million global sensors in 215 countries and regions. We provide our valuable cyber threat intelligence in real time. 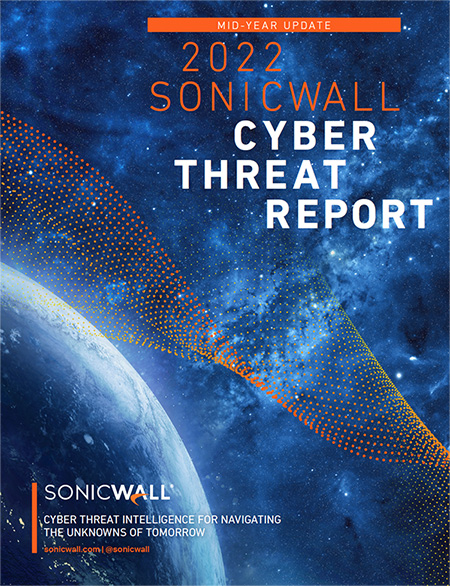 Report: Cyberattacks Climb Due to Seismic Shift in Geopolitical Landscape

The mid-year update to the 2022 SonicWall Cyber Threat Report is our analysis of the changing threat landscape. Here’s some of what we learned:

Learn the reasons and gain a strategy to keep your organization and assets safe. Download our report today.

Get the Free Report

How we source our data

We sourced intelligence for the mid-year update to the 2022 SonicWall Cyber Threat Report from real-world data collected by the SonicWall Capture Threat Network, which securely monitors and collects cyber threat activity worldwide.